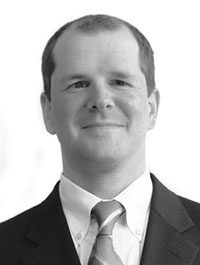 Frank J. Boucek has been practicing law in the areas of commercial real estate and telecommunications for over a decade. A large part of his practice focuses on the leasing and licensing of complex distributed antenna systems (DAS) and wi-fi within major sports venues (including the NFL, NBA, MLB, NCAA and NHL), hotels, universities, airports and office buildings across the country, including master lease negotiations between telecommunications companies and large portfolio property owners. He also has experience negotiating agreements for small cell installations with private landlords, infrastructure providers, and municipalities, including work with municipalities to ensure their respective telecommunications ordinances comply with federal and state law. Frank has experience performing site analysis for locating and identifying properties, and conducting zoning presentations on behalf of industry leading clients. He is currently the chair of the regulatory committee for the Illinois State Wireless Association. In addition to his telecommunications practice, Frank also negotiates various retail and office leases on behalf of both landlords and tenants.

Previously, Frank acted as the regional director of operations for a telecommunications site development company where he managed wireless infrastructure projects in multiple states affecting thousands of installations.