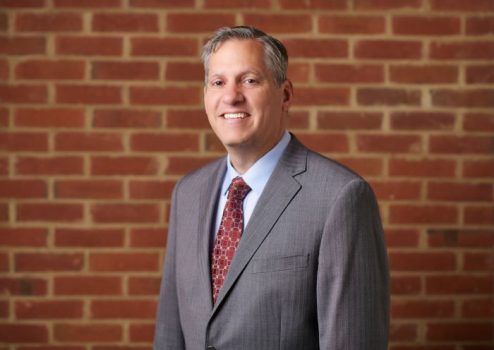 Though Bill has more than 20 years’ experience as both an accomplished litigator and restructuring lawyer, first and foremost he is a problem solver.  As Bill says: “Clients don’t care much – nor should they – about brilliant theories or strategies.  Instead, they want solutions – practical solutions – and it’s our job to provide them.”  Bill is hyper-focused on providing those solutions.

His practice is dynamic. On the litigation side, Bill is a trial-tested litigator who understands that solving matters outside the courtroom is usually preferred. Though he works with clients to avoid the courtroom whenever possible, he is also prepared to litigate and take a case to trial when necessary.  On the restructuring side, Bill represents all parties – debtors, creditors, committees, individuals, trustees, and shareholders – in bankruptcy cases throughout the country and out-of-court workouts. His clients range from banks to hedge funds to corporations and also include individuals and family groups. Bill has also represented assignees, handled assignments for the benefit of creditors, and prosecuted and defended hundreds of “preference” cases in bankruptcy court.

Graduating first in his class from the University of Illinois’ accounting program, Bill has a solid financial background.  After graduating from Harvard Law School, Bill clerked for two judges – one state and one federal – to launch his career.  Prior to joining Ginsberg Jacobs, Bill was a partner at large, national law firms, including DLA Piper, LLP.

Bill has been recognized for his amazing pro bono work.  In 2012, the Chief Judge of the U.S. District Court for the Northern District of Illinois personally recognized Bill, bestowing him the court’s highest honor, the Award for Excellence in Pro Bono Service. Bill received the award for his decade-long work in the landmark case Ligas v. Maram, a class action civil rights case that both protected and expanded living options for those with developmental disabilities in Illinois.  In that case, Bill took on – and improbably defeated – the United States Department of Justice, the state of Illinois, the ACLU, and Equip for Equality.  Yes, David beat Goliath.

Outside the firm, Bill walks the talk as to his convictions.  He believes that before saving the world, we each should first try to save and improve our own neighborhoods.  In that respect, Bill has now served for two decades on the Misericordia advisory board, a cause near and dear to him.  He also served multiple terms on the Local School Council (“LSC”) at his children’s public grammar school in Chicago, and now serves on the LSC at Lincoln Park High School.  Before that, Bill also served a decade as a board member for his neighborhood community association, RANCH Triangle.  And to keep things real, and fun, he also coached little league baseball.  Finally, a different sort of community service, Bill is a firm believer in fighting speech with more speech, and in that respect, he has published dozens of columns and letters to the editor in both local and national publications.

We use cookies on our website to give you the most relevant experience by remembering your preferences and repeat visits. By clicking “Accept”, you consent to the use of ALL the cookies.
Do not sell my personal information.
Cookie SettingsAccept
Manage consent

This website uses cookies to improve your experience while you navigate through the website. Out of these, the cookies that are categorized as necessary are stored on your browser as they are essential for the working of basic functionalities of the website. We also use third-party cookies that help us analyze and understand how you use this website. These cookies will be stored in your browser only with your consent. You also have the option to opt-out of these cookies. But opting out of some of these cookies may affect your browsing experience.
Necessary Always Enabled
Necessary cookies are absolutely essential for the website to function properly. These cookies ensure basic functionalities and security features of the website, anonymously.
Functional
Functional cookies help to perform certain functionalities like sharing the content of the website on social media platforms, collect feedbacks, and other third-party features.
Performance
Performance cookies are used to understand and analyze the key performance indexes of the website which helps in delivering a better user experience for the visitors.
Analytics
Analytical cookies are used to understand how visitors interact with the website. These cookies help provide information on metrics the number of visitors, bounce rate, traffic source, etc.
Advertisement
Advertisement cookies are used to provide visitors with relevant ads and marketing campaigns. These cookies track visitors across websites and collect information to provide customized ads.
Others
Other uncategorized cookies are those that are being analyzed and have not been classified into a category as yet.
SAVE & ACCEPT
Skip to content